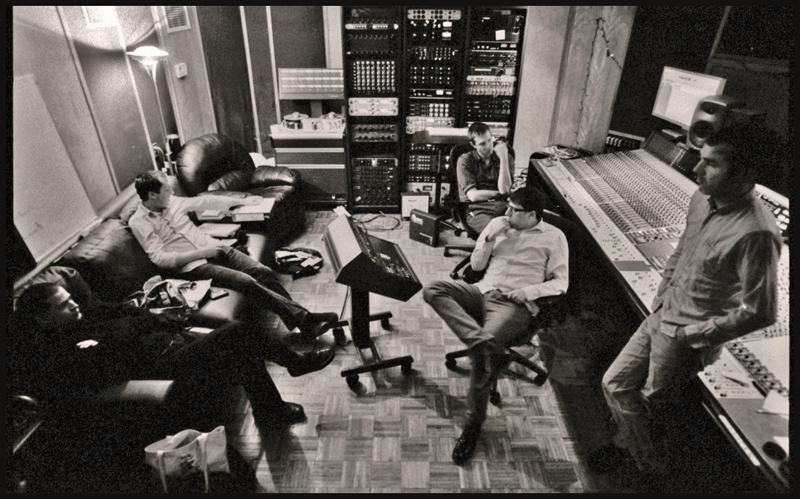 Earlier this year, The Walkmen celebrated their 10th anniversary of being a band by playing a handful of special shows in cities that have special significance to them. It’s a little odd to have a band celebrate an anniversary like that unless you’re, say, the Beach Boys, who are in the middle of a 50th anniversary tour at the moment. With the current hype cycle that chews bands up and spits them out over what often feels like 6 months or less, lasting even a handful of years can be considered an accomplishment. It also takes a fair number of quality records that logically evolve and grow off one another to remain vital and keep an expanding audience from becoming bored. The Walkmen have certainly accomplished that feat, and one listen through their 2002 debut Everyone Who Pretended to Like Me Is Gone along with one of their more recent records like 2010’s Lisbon will immediately hear a difference. They’re not the same scuzzy and fiery rock stars their early work suggested. Age, experience and now marriage and kids have all tempered those wilder ways, and in their place is a group of guys settled and content with their lives. For most bands that means death, as families can distract and happiness can breed boredom or laziness. It’s sort of like how many couples gain weight after getting married, in part because they’re no longer trying to sell themselves to another person. And we wonder why the divorce rate is so high. But conflict and anger are two key elements of rock music, and while they’re not essential to a great song or record, they certainly make both more interesting. What’s unsettling about The Walkmen’s new album Heaven then is just how much it lives up to the title. These guys are loving life right now, and they made a record about it. For some, that idea can come off as a little smug – as if the band is saying they have everything figured out while the rest of us continue to search for answers. The truth is they’re celebrating the things that have brought them such joy, and are encouraging us to join in on their happiness with the hope of learning and gaining it ourselves. Somehow they’re able to pull it off without sacrificing many of the qualities that made them great in the first place. Perhaps the person that has most changed on this record, even compared to the band’s previous one, is frontman Hamilton Leithauser. In the past his vocal style has best been described as whiskey-soaked and strained, but as the songs have become more tempered so has his singing. The album’s opening acoustic-strewn jaunt “We Can’t Be Beat” turns Leithauser into a crooner from the 1950’s, all smooth and dapper with effortless and lovely backing harmonies. Fleet Foxes’ Robin Pecknold does backup vocal on that song along with “No One Ever Sleeps” and “Jerry Jr.’s Tune”, the latter of which is an instrumental with humming that’s more meditative than essential. Still, his contributions enhance Leithauser’s in the sort of beautiful way you’d suspect they might. Fans of the last two Walkmen albums will certainly find their fair share of solace as well in tracks like “Love Is Luck”, “Heartbreaker” and the title track, even if none of them quite match the manic energy of classics like “The Rat” and “Little House of Savages”. Doing something that dark and rushed wouldn’t make sense with the overall feel of this record though, which tries to play up the positive and does so with more retro flair than ever. Long time fans of the band may miss some of those ragers and heavy-handed moments, but songs like “Line By Line” and “Dreamboat” bring touches of despair to an otherwise upbeat album. They’re enough to show that The Walkmen haven’t completely given up on some of the feelings they were founded upon 10 years ago. With a catalogue of such high quality records though, it seems feelings don’t matter when it comes to making great music. As Leithauser sings on “Heartbreaker”, “It’s not the singer/it’s the song.” So long as The Walkmen keep making good ones, happy or sad, we’ll keep listening.

The Walkmen – We Can’t Be Beat

The Walkmen – The House You Made